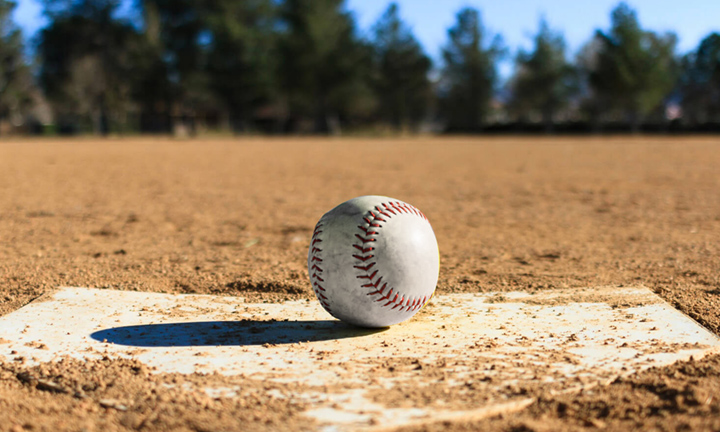 Next item Shattering the Rainbow Ceiling

Stepping up to the plate

Stepping up to the plate

The Arizona Diamondbacks have been a Phoenix staple ever since they came on the scene in 1998. Within the last 22 years there has been tremendous growth and change in the valley. With the growing acceptance of the LGBTQ+ community, many sports leagues have taken steps to acknowledge the community including Major League Baseball. The Arizona Diamondbacks are no different, the organization has evolved and celebrates its diverse group of team members. The franchise is a  trailblazer in their own right with the creation of the D-backs for Change initiative.

A seat at the table

Nona Lee had already had an accomplished career prior to joining the Arizona Diamondbacks. Now in her 22nd season she is the team’s Executive Vice President and Chief Legal Officer. Like many LGBTQ+  individuals, starting work in the sports industry there can be hesitancy of fully living your own truth. While Nona was out in a prior job entering Major League Baseball was a whole other ballgame. Initially, she was cautious of the environment she was walking into “I was going into a male dominated environment not knowing what that meant,” she says while adding that she wasn’t necessarily in the closet but kept to herself and did her job. “I was really just there, doing my job.”   Other individuals identifying with the community regardless of career, often think and worry how  they should present themselves or respond when asked about their personal life in casual conversations in the workplace.  Through time Nona grew more comfortable at the Diamondbacks and eventually embraced her own truth at work “I didn’t have the bandwidth to go back in the closet, I just had to be me.”

Noel Guevara was sitting in a company-wide meeting listening to former MLB player, now MLB Ambassador of Inclusion, Billy Bean speak about his life as closeted professional baseball player. At this point she was working in the ticket sales department for the Diamondbacks and not yet out at work. Inspired by Bean’s message, Guevara started to hear about other clubs in the league putting on pride nights of their own and reached out to pro sports LGBTQ+ website OutSports. “I decided to reach out to learn more about the activation and game-day experience of the other clubs doing a Pride Night,” Noel said.  After a few days of internal  conversations she decided to write and publish her own coming out story on OutSports, and to plan the team’s first ever pride night. In a span of six weeks from incubation to end, the team sold 400 tickets for a successful first pride night that included a pre-game pride parade on the baseball field with the LGBTQ+ non-profits in Phoenix. Those months were a complete whirlwind for Noel. “I went from being closeted to most of my co-workers, to being out in just a few months and becoming a representative of the community for the Diamondbacks.” This has given her immense moments to be proud of her work in the community “I have a huge sense of pride,literally and figuratively, for the success of this program and the progress that has been made within the local community.”

The Arizona Diamondbacks have always been on the pulse of human rights issues that impact the community. The Diamondbacks are aware of their responsibility to their community especially when it comes to the health and well being of their transgender fans. Noel recognizes her responsibility as an ally to the trans community relating back to her own  experiences as an athlete herself. “I believe in youth sports tremendously, being a former D1 athlete I will advocate for transgender athletes to have the same experience I did.” The team’s emphasis on its core values of diversity and inclusion is what drives them as community partners. The team was one of the first local businesses that signed the bill of support of trans athletes to which Noel said “I am extremely proud, our team values diversity and inclusion, and I believe this community understands where we stand.” This year the team has designated inclusive restrooms for transgender community members to pick the restroom they are most comfortable with on each level of Chase Field.

Last year after the culminating events of the pandemic and tragic shooting of George Floyd, the Diamondbacks decided to bring their message of equity and justice with their new D-backs For Change initiative to the public. While many justice groups existed internally there was never a public one. The tragic shooting of George Floyd inspired many members of the organization to step forward to lead the initiative. For some members of the Diamondbacks, they see this initiative as a way to create new opportunities, “This is the one that matters to me because it’s the one that has the ability to create change going forward and to shift the paradigm,” Nona Lee explained, adding that people from underserved communities have more of a chance of  being seen which leads to, “People of color and LGBTQ+ people and Indigenous people getting involved in sports and feeling welcomed.  They feel that there is opportunity for them, and that they actually do have a shot at jobs in the industry.” Nona Lee both understands the weight and importance of these programs and emotional ties to the initiative. “I get emotional about it because it’s so closely tied to my lived experiences, to be able to do something in this space that makes a difference is a privilege.”

From the top down, the Diamondbacks are going above and beyond to make sure equality is one of their top priorities. Team President and CEO Derrick Hall has been at the forefront of equity ever since he took on the reins of being team president in 2006 and especially this year telling one n ten,  “We are proud to have launched our D-backs for Change council. We take great pride in the fact that the Diamondbacks are so committed to the inclusion of the LGBTQ+ community within the sports industry.”  While on the topic of LGBTQ+ and inclusion, Hall is optimistic of the day we will have an openly gay player in the league. “I think the time is coming for a team to have an out player, I’m confident there are players playing now that are gay.” Derrick is looking forward to having that player on the baseball diamond that, “Shows our inclusion, openness, and acceptance.”

On June 11th the Diamondbacks will be holding their annual Pride game,  this team doesn’t just say they are inclusive, they lead with their hearts on their sleeve.