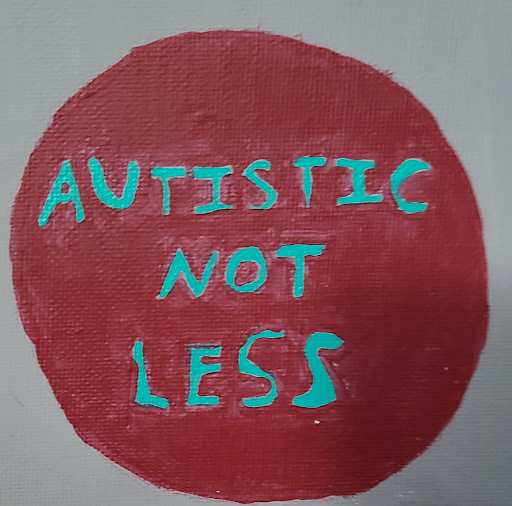 Autistic, Trans, and Left Behind

Autistic, Trans, and Left Behind

Growing up both Transgender and Autistic (and not knowing I was either), I was always the odd man out, I didn’t have friends, I didn’t belong to a certain group, for the most part, no one would even talk to me. At 15, I was finally informed of my autism diagnosis, a diagnosis I was receiving for the third time, and I quickly found the online autistic community. It was the first time in my life I felt like I belonged somewhere. At 18 I had become involved with a couple of the LGBT groups on campus at the university I was attending, around this time I realized I was trans. Once again, I had the feeling of belonging, as great as the online autistic community was, having an in-person community was even better. But my time at the university was short lived and I was back to feeling like I had no one.

I quickly learned that the on-campus LGBT community was very different than that of the outside world. On campus we had karaoke night, queer sex education, and the resource center where many of us took naps in between classes. Off-campus I mostly found bars, being underage at the time that didn’t exactly work for me. Even now that I am of age bars aren’t really my scene. Being autistic I don’t do well with the noise, crowds, and strange lighting that’s so common. And while I do attend pride and rainbow fest every year it’s a lot of the same. The noise, crowds, and heat make it a difficult experience to navigate when you have sensory issues.

Even online it is hard to find LGBT content that is autism friendly, all too often I find a LGBT content creator I enjoy only to find out later that they occasionally (or frequently) make content mocking common autistic traits. Mostly its the same type anti-autistic sentiment that can be found anywhere, mocking people who “miss the joke” or people with unusual speech or mannerisms. But in some cases its more than that, for example on many social media platforms you can find entire accounts run by trans people (almost exclusively young trans masculine people) dedicated to mocking and sometimes harassing other trans people for having “weird” or “cringy” gender identities or presentations. When you consider that autism affects the way we see the world and many autistic people, including myself, believe that our autism has shaped the way we view our gender identities, you can see how mocking “weird” identities often means mocking autistic people.

On the autistic side of things, the online community remains a source of comfort but its hard to get the same level of support, social interaction, and camaraderie that you get from in person meetings. Unfortunately, most in person based autism support is either for children or for the neurotypical parents of autistic children. The few supports that do exist for autistic adults tend to be aimed at those who have higher support needs and come at the loss of certain freedoms. Many so-called professionals in these programs don’t believe that autistic people can be LGBT, the common belief being that we are mentally children and thus incapable of being aware of such things, or that we lack the self-awareness to even know that about ourselves.

Being trans and being autistic are both integral parts of my identity, I wouldn’t be the same person without them. And in some ways they are linked to each other as well, my autism changes how I perceive everything, including my gender. Yet being in a community for one comes at the expense of the other, it’s near impossible to feel welcome in a community that refuses to consider that people like you may be a part of it. When you walk this fine line of being too autistic to be queer and too queer to be autistic its easy to feel like an outsider to both communities. Autistic queer people have always existed and always will exist, its time for both communities to make room for us.